The exhibition Migration in Transition presented two volumes of research: Fresh Market Archive and a publication titled SOURCE.. An archive is a kind of mélange – a mixing of various narratives and social compounds. Open Place has been collecting stories determined by the themes of emigration, violations of employee and human rights, patriarchal control over women, xenophobia, self-identification and identity, and other precarious conditions. The publication SOURCE is a collection of interviews of people and groups who are actively challenging the political status-quo regarding the status of marginalized people and other difficult political issues, and who have visions of proactive tactics on how to address them.

The works in Migration in Transition included materials gathered from Open Place’s international research as well as stories collected during their residence in New York.

Migration and challenges that arise because of migration, was the starting point of Open Place’s research. They began to understand migration as a process of transition, which is fundamental to so much of contemporary life. People migrate between identities, countries, languages, economic realities, genders, political beliefs, contexts. Migration in Transition is an attempt to build bridges through disparate experiences, and create a source of trust and solidarity. Migration in Transition is a collaborative environment and the place for reflection.

The goal of Migration in Transition was to record diverse experiences in one expansive text, and to create a political and social document collectively. This exhibition presented Open Place’s ongoing goal to bring together different perspectives into a universal message, offering strategies and tactics that we can all access. 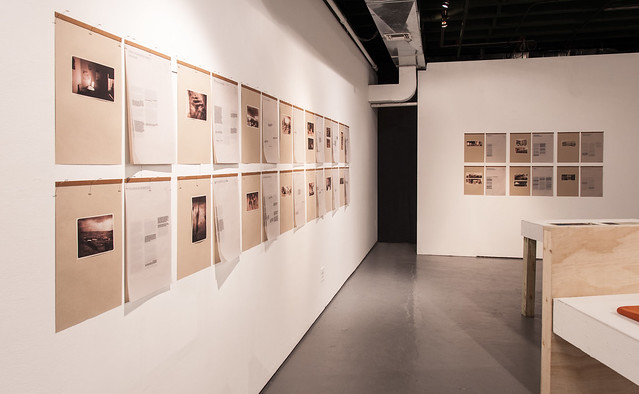